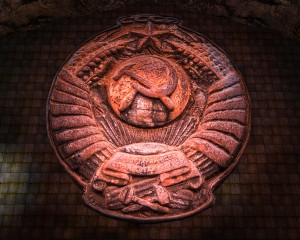 The world is torn by an unprecedented energy crisis. Availability of oil has dramatically deteriorated and price increased so much, that it is causing an immediate threat to the world economy. Countries possessing the very last resources are not willing to sell oil anymore in the open market.

Trying to solve the problem, scientific community all over the world has been seeking alternative sources of energy. Until now, they haven’t really succeeded. Russian government has been preparing an operation. They have come up with a very potential concept of ”gravitational force field” and have an army of top class scientists working on it. Energy production specialists around the world have understandably been extremely skeptical.

However, only one thing is given: nationalistic domain in Russia is very strictly against providing potentially useful information to foreign governments at any price imaginable, if any such information exists. They demand that any new technology and scientific expertise stays in the hands of Russia. This technology is Mother Russia’s honor, and it shall not be given away.

This ultra-nationalistic secret society has been growing lately. More and more powerful people are joining, while distrust in the international community is emerging. It is rumored that key people from the Duma and military may have joined. That even general Kondratiev, the legendary war hero himself, the man who many expect to once lead the nation, may have joined.

You, among other scientists, work in an underground laboratory, located at the same place where Tunguska Event took place in 1908. After the original Tunguska Event, anomalies were observed in the gravitational field around the site of explosion. The first successful step in recreating these circumstances has been taken. You, and your keen assistant Mishka, have had a key role in this research.